The Soul of Marriage 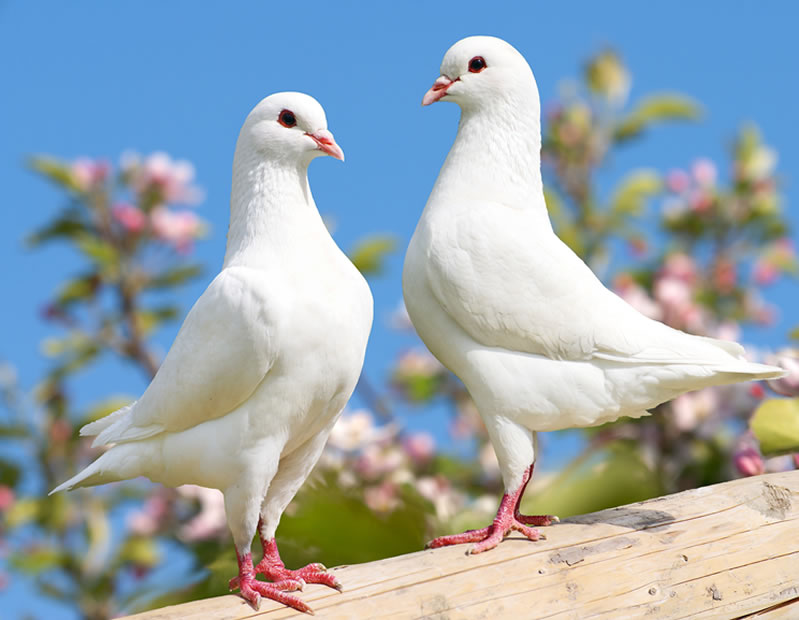 I often have the feeling as I go through the twenty-four hours of the day that man is becoming more and more two-dimensional, going through the motions of life and calling it living. The days melt into weeks and the weeks into months, but one does not seem to find fulfilment. It is all so flat.

Nowadays when everyone is looking for ‘commitment’ ‘belonging’ and ‘attachment’, in fact that very third dimension that gives life a true meaning, they are so often side tracked.

When two people marry they are individuals, but the effect of the spiritual formula which the groom says as he puts the ring on his bride’s finger moulds them into one unit. What are these words that they can have such a dynamic effect?

Harey At Mekudeshes Li – Behold you are sanctified to me. Sanctified, holy, something special for me: not a chattel acquired as a housekeeper, cook or maid, but a holy being.

In Genesis (2:22) we learn that Chava was formed from the rib of Adam. The Midrash tells us that she was not made from his feet that she should be his slave; nor from his head to have dominion over him; but rather from his side, near his head, to be his helpmate.

When a union is made in which each partner regards the other as a holy being to treasure, and each one, through love, helps and guides the other, it is a truly wonderful relationship. But what manual can one use as a guidebook for this special relationship? The second half of the marriage formula provides the answer: Kedas Moshe ve Yisroel – According to the law of Moses and of Israel, viz. the Torah.

Living in a modern, permissive world of constantly changing values, not only does the Torah (to the uninitiated!) seem hopelessly out of date, but marriage itself is regarded as an unnecessary commodity. What has a Torah-true marriage have to offer the modern Jew, and especially the modern Jewess?

The wedding service contains seven blessings for the bride and groom. One of these is to establish an everlasting edifice – a binyan adey ad. Anyone who has house-hunted knows that no builder, surveyor or architect will guarantee a building to be everlasting. Damp, decay and rot can set in; bricks and mortar are not made to be everlasting. But the spirit that one perpetuates within the house, within the very physical bonds of the bricks and mortar, that changes the house into a home, and can survive long after the house has become a mere pile of rubble.

Through marriage, a man and woman have the chance to create, to build an identity. Together they have the power that a man by himself or a woman alone can never have. Love transcends all. But a love that is based solely on sexual attraction can be dangerous. Once that attraction, G-d forbid, fades, then the love may disappear. A love, though, based on helping, moulding, forming and building in companionship and with affection can only grow as time goes on.

The Jewish people have often been compared to the moon, which waxes and wanes. To the naked eye it even seems to have disappeared. The Jewish people have also appeared, in different points of history, to wane in stature and influence until they must surely disappear; but then they have grown again and achieved even greater power. G-d has given this same power of rebirth to the woman. Woman renews her strength, her capacity for fruitfulness, each month.

The Jewish marital laws of taharas hamishpacha are based on the monthly cycle of the woman; they may be summarised as separation, preparation and sanctification. The total physical separation during a minimum of twelve days of the month is not because, G-d forbid, of a lack of feeling for each other. It is not easy; it may require greater discipline than many other mitzvahs.

It certainly requires a mutual respect and understanding. Respect on the man’s part for his wife’s ebb at this time and understanding on the woman’s part that her husband is not experiencing a similar body cycle. At a time when he must practice a great restraint it would be unkind to provoke or arouse him in a sensual manner. During this time, when physical and sensual comfort and contact may not be forthcoming, greater emphasis may be placed on kindness in word and deed. In this way a mood for each ‘season’ of the month is cultivated, in the same way as each season of life needs its special mood. Together, if properly observed, they become the ‘season of our content’ – a happy and contented life – where one experiences fulfilment through fulfilling the divine commandments.

Mikvah has been described as a ‘capsule of timelessness’. Time is a finite concept and totally physical. The experience of mikvah has no relation to physical bounds for it is totally a spiritual concept.

After the separation comes the preparation. One arrives at the mikvah as full of excitement as any girl preparing for a special occasion. One bathes meticulously; one cannot be too particular. The preparation completed, one checks and re-checks before immersion in the actual mikvah. Just as the world was purified in forty days by natural rainwater, in the time of Noah, so is the woman, too, spiritually purified in the forty soh of natural rainwater that constitutes the mikvah. After immersion and saying the special blessing, one is ready to return to a total relationship with one’s husband – one’s partner – one’s friend. Just as a Jewish bride is joined together with her husband by the words ‘behold you are sanctified to me…’ so, too, each month, in this way, a Jewish woman is re-sanctified to her husband.

This article appears in ‘A Woman of Valour’ published by Lubavitch Foundation of Great Britain under the title ‘The Third Dimension’ and is adapted and reprinted here with permission.